20 people followed me and 4 people unfollowed me // automatically checked by fllwrs.com

RT @TwoBiGuys Season 4 is here! We’re kicking things off with Anna Kochetkova, whose journey toward a Bi+ identity was not a straight line, so to speak… #TwoBiGuys is now sponsored by @zencastr! Get 30% off for 3 months at Zencastr.com with promo code: twobiguys pic.twitter.com/c6TL…

RT @AimeeMaroux Roman dead guy from the battle against the Amazons "so thicc he fucking died" as one commenter put it. #BumDayMonday @museumbums Original thread on #tumblr: satyr-wreathed-in-iv… pic.twitter.com/OZtW…

RT @amBiSocial We believe that social progress begins with community. Only by building and maintaining a vibrant and visible bisexual community can we make real progress on social issues that matter to bi people. ambi.org/community pic.twitter.com/mrrj…

RT @BiDotOrg Bisexuality is a dynamic spectrum that includes all of sexuality that isn't limited to one sex. Clear up some common misconceptions here~ bi.org/en/101/bisexu… pic.twitter.com/W1hp…

RT @TwoBiGuys You know the spiel by now — season 4 arrives Monday Jan 24! Catch up on old eps now — like this classic featuring @nintendomad888! Rate review and share! Use promo code “twobiguys” to get 30% off your first 3 months at @zencastr! Wooo! pic.twitter.com/QHEH…

6 people followed me and 2 people unfollowed me // automatically checked by fllwrs.com

RT @Cameron_D_James Looking for some guidance on how to promote your erotica or romance book on social media? Look no further! camerondjames.com/no… #amwriting #amediting pic.twitter.com/yFDb…

RT @stefanangelinaM Chronicles series Follow a guy through an emotionally charged & intense period of his life divorce starting a business discovering his true self 18+ only tinyurl.com/yyzh2pk6 #erotica #wolfpackauthors pic.twitter.com/RxmK…

5 people followed me and 3 people unfollowed me // automatically checked by fllwrs.com

RT @stefanangelinaM Chronicles series Follow a guy through an emotionally charged & intense period of his life divorce starting a business discovering his true self 18+ only tinyurl.com/yyzh2pk6 #erotica #wolfpackauthors pic.twitter.com/5wEM…

RT @milfdilferotica The President of the United States of America has a secret... sandraclaireerotica.… #gayerotica #SSRTG pic.twitter.com/AGEj…

RT @Cameron_D_James Looking for some guidance on how to promote your erotica or romance book on social media? Look no further! camerondjames.com/no… #amwriting #amediting pic.twitter.com/fQlq…

RT @BiDotOrg "I've decided that I am not going to pity you for your insecurities that you then misplace and project onto my sexuality. I'm not making it my problem." - @ZacharyZane_ bi.org/en/articles/w…

Get 20% Off ProWritingAid With This Link:

Interesting Blogs to Check Out 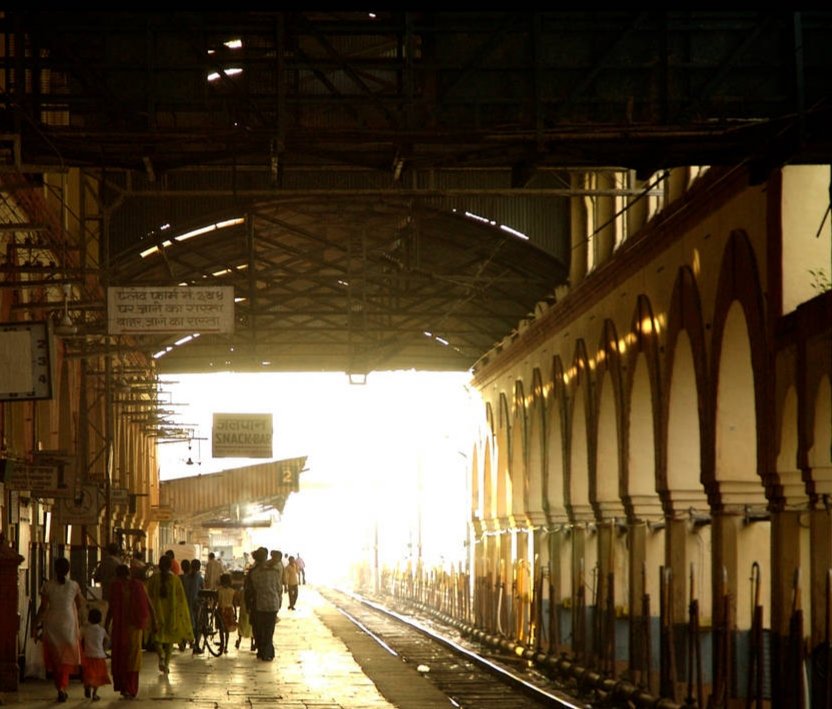 Jack Devitt stood up from the bench and stretched. He threw his backpack over his shoulder and started walking through the train station, trying to find Platform 2 where his train would soon arrive. Stopping for a moment, he took a deep breath and caught himself.  The aromas assaulting his nose were…unique. Not at all like back home in London. And that, Jack realized, was the one failing of travel photos. They almost always looked intriguing, and a picture saved at least a thousand words of the description of a place, but what a photo couldn’t adequately do was to convey the smells and aromas of a place. Here, the train station smelled of a mixture of warm body odor, sweat, urine, urban city and curry spice.

‘God, how he could go for a good British curry right now!’ Jack thought as he swung his head slowly back and forth, scanning the station.  He didn’t know why, but he had the sense he was being followed. However, he couldn’t spot anyone. Thinking back, he realized he’d had that feeling ever since the Holi celebration the day before when he and everyone else walking down the street had been doused with brightly colored dusts and powders. He had washed up at the hotel last night, but so far today it felt like something wasn’t right. And Jack always trusted his gut. It had kept him alive in the field when many of his colleagues had perished.

Stopping quickly to avoid a woman walking by with two small kids in tow, neither child really paying too much attention where they were going, he paused and continued scanning the crowd. Nothing struck him out of the ordinary, but he couldn’t shake the feeling that something was off.

Home office wanted him to go to Kashmir and check things out. While there was little love between Britain, India and Pakistan, that didn’t mean that the conflict in Kashmir wouldn’t impact British interests. Home Office wanted him to sniff around and see what he might uncover being there on the ground.

Yes, they could have asked the Yanks what their intelligence was reporting, but that never sat too well with the higher ups. They wanted confirmation on things and they wanted their people to do the confirming. Jack grudgingly admitted that this was likely the best approach in this case since the Americans’ human intelligence sources had been declining for decades and they relied far too heavily, in his opinion, on electronic intelligence. But Jack was one of the best intelligence operators Britain had, and they sent him here to figure out what was going on. Some had suspected that there was an outsider influence pushing India and Pakistan closer to all out war over Kashmir and they wanted their best man’s on the ground to figure out what was going on.

Given that, they decided his cover would be an American university student. His youthful appearance, blonde hair, blue eyes and medium height (he was only 5’10”) and slightly midwestern build would allow him to pass for a student and, if pressed, he would say he had done a stint in the Army to get the GI Bill to pay for college to help explain away his being slightly older than most college students. He selected the Ohio State University as it was large enough to be known, but had more than enough students it would be unlikely anyone could know everyone in a particular class or year. He shoved his hands into the pockets of his Ohio State University hoodie and continued walking down the hallway, looking for Platform 2 where he could catch a train that would take him out closer to Kashmir.

Staring down the tracks alongside the platform, Jack watched the train slowly pulling into the station. The folks sitting on top of the cars scrambled to jump down and fade into the crowd before the conductors tried to charge them for their trips.

Jack looked back down the platform towards the main part of the station. Wait. His eyes swung back and crossed over a woman’s face in the crowd. They trained him enough not to stop and continued moving his head, making it seem like he was searching for a friend that was meeting him.  To add to the plausibility of this, he glanced down at his watch and then back to the train. Meanwhile, his mind compared the woman’s face he spotted to those in the crowds over the past two days. Yes, he recalled seeing the same face in the town 3 hours away from where he was and then right after Holi. He didn’t know how, but he was certain someone had blown his cover and someone had placed a tracker on him.  But that made little sense as he had gone over his clothes and gear each night, searching for bugs and trackers and found nothing. The only thing that came to mind was that perhaps some dust that he was hit with on the street during the Holi festival celebration contained a type of isotope that emitted a type of radiation that this unknown woman was using to track him.

If he got on the train without dealing with whatever was allowing her to track him, she could figure out what he did and saw in Kashmir. Without thinking too much about it, Jack walked back towards the train station, focusing on the main building. He was looking at the shops and restaurants like any tourist would. He kept a watchful eye on the crowd out of the corner of his eye, looking to see what the woman would do.  Not much. And why would she? She had apparently tagged Jack. She doesn’t have to keep him in sight to know where Jack was. Think! What can defeat most radiation?

Jack continued walking, his feet slowly hitting the uneven stones serving as the floor. On his cell phone, he looked up to see if there were any cancer treatment centers nearby.  He was in luck. There were two. He made his way out of the train station and out to the street, hurrying to the nearest one.  He figured that if he could get an additional dose of radiation, he might mask any radiation signature with which she had tagged him. Not ideal from a health perspective, but it would enable him to shake this tail and get out to Kashmir.

Walking into the waiting room of the clinic, Jack slowly approached the receptionist. He introduced himself as a student doing a paper on cancer treatments in India and wondered if he might meet with a nurse or doctor to review the standard of care for cancer treatments here. The receptionist said she would go check and left Jack waiting in the reception lounge. After she left, Jack darted down the hallway and ducked into the first treatment room he came across.  There he saw an IV drip with radiation drugs.  He didn’t have time for that so grabbed a syringe and filled it quickly with the drug, squirting out the air and then plunging it into his arm in one quick jab, slowly pushing the plunger down, sending the new source of radiation shooting into his system. He discarded the syringe and then quickly made his way outside the clinic and back to the train station.  He didn’t spot his tail on the way, so figured she might be still waiting on Platform 2.

Jack went to the ticket office and paid for a ticket on another train going in the same general direction as the first, but that would go farther.  He walked over to that platform and found the train was already loading passengers.  He clambered onboard and quickly found a seat and stowed his backpack. As the train pulled out of the station, Jack looked back over the crowd milling about the platform. He still didn’t spot the tail again. Hopefully, his gamble had paid off. Only time would tell if he had successfully overridden her tag on him. For now, he made himself comfortable and settled in to get some sleep before the train arrived at the next station.

Note on the Photo:

Gods, you tagged that very real moment when real life and the ideals of a photo clash in your brain… and nose.